A is for Alphabet

Well hello! I have been hoping to get back to blogging more frequently, but it has been crazy with school starting, and a baby who refuses to nap in his bed, after doing so for a few weeks prior. :)  I do have a hope to get a few posts up this week, with some back to school sewing I've been working on. 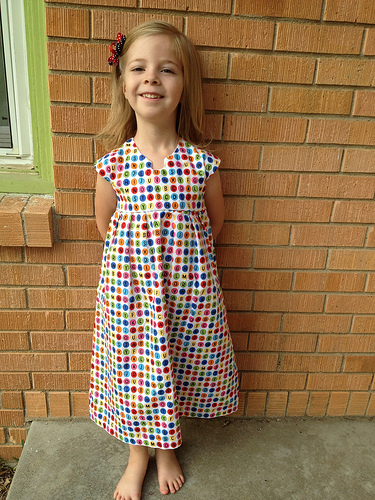 This dress isn't Samantha's back to school outfit (I'll have to share that later this week!), but it is for school. Last year Katy at no big dill did an alphabet sewing personal challenge for her daughter who was in preschool and studied a letter each week. This year she is doing it as a sew-along, and since Samantha's class is studying a letter each week I had to join in. I may not be making amazing outfits like Katy, but she will get some new part of an outfit each week.

I decided on Wednesday night that she needed an outfit for Friday, and spent a lot of time thinking about "A" things. Finally I checked to see what Katy had done and I had to copy her alphabet dress.
We headed out to JoAnn's early to check to see what fabric they had, and I managed to make a Geranium dress during nap times and lunch. 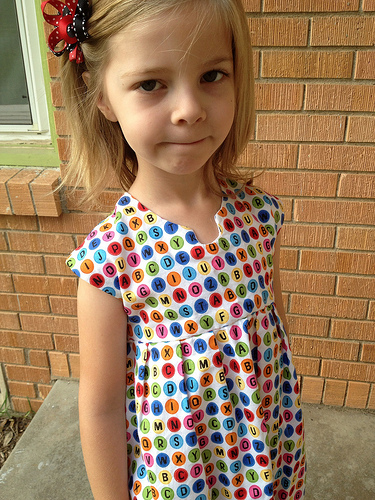 I added a bit of length to it, as her Easter dress is already almost too short. I also did the version with the faux cap sleeves and the u-notch. I really love the way it came out, and hopefully will fit for a while! 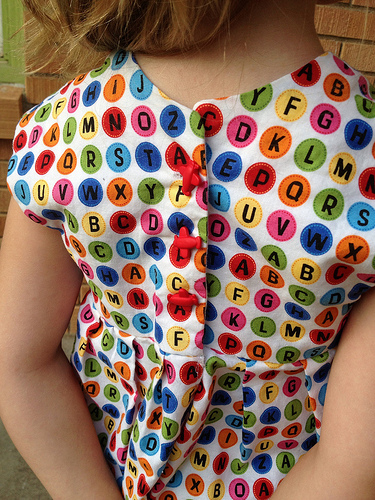 We had to have special buttons - I wanted letter buttons, but Samantha chose these airplane buttons (after mommy said no to ridiculously expensive apple buttons). She even specified how they needed to be sewn on (up because airplanes fly up!). I can't wait for the next few letters!