My Quilt at QuiltCon!

While I wasn't able to attend QuiltCon this year, I did have the honor of having one of my quilts hanging in the show! My quilt, 512, hung in the Modern Traditionalism category. My sweet sister-in-law attended the show and sent me these pictures of it! 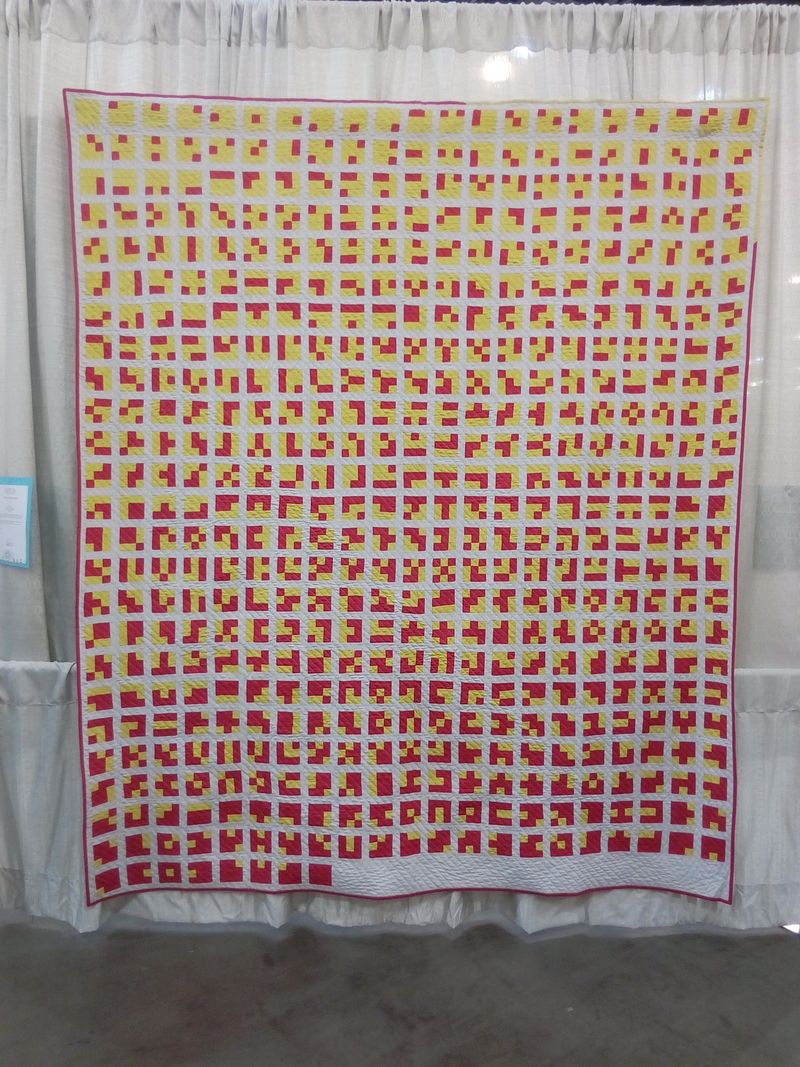 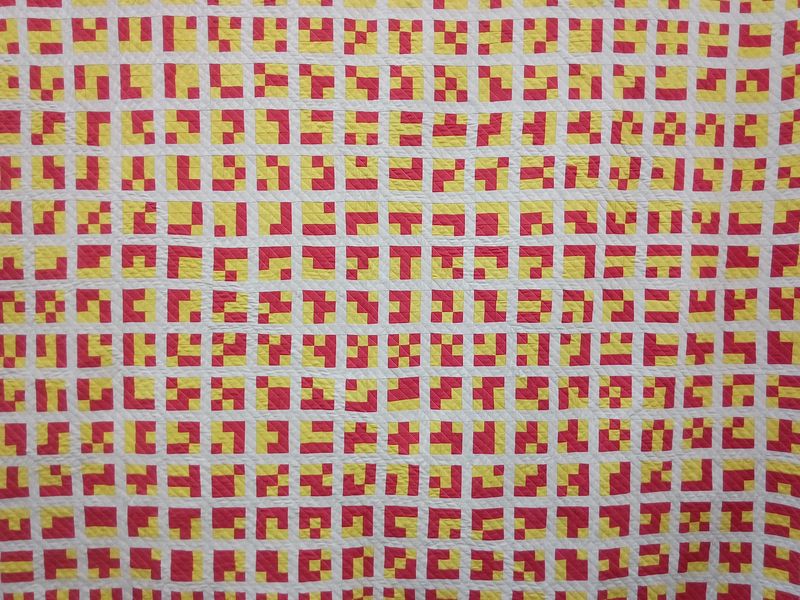 My quilt was inspired by this image that I saw via Pinterest over a year ago. I loved the idea of all of the 9 patch blocks you can make only using two colors. I chose two of my favorite Kona colors (Wasabi and Pomegranate), and made 512 blocks. Then I had to decide how to lay them out. I thought it would make the most visual impact to have the blocks go in 'order' from least pink squares to most pink squares. And then I had to plan the layout for the many blocks that had the same number of pink squares in the blocks. I created a pattern, and then arranged the blocks into it. That was probably the hardest part!

I love the way it turned out, and was so proud it was accepted to QuiltCon!