It's all FOs all the time! 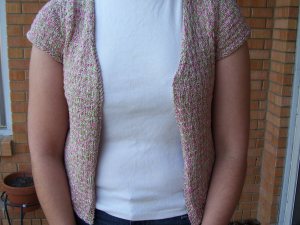 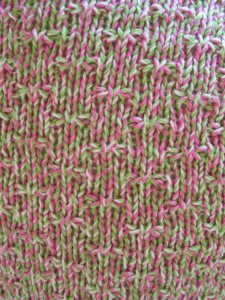 Mods: I lengthened the body about an inch
Thoughts: Fairly simple, straightforward pattern. No excellently written, but I could figure it out since I've knit other sweaters.
Best thing about this project? It's done too! Even though I can't wear it for a few months.

Sure would be nice to keep up this pace of finished sweaters, but alas, these have been close to done for a bit now. I'll keep plugging away at the others on the needles, and see if I can finish more sweaters this year than last year.

Posted by Jenn at 01:56 AM in bowknot, sweaters | Permalink

It's so pretty - especially the close-up shot of the stitch pattern. Feels good to tackle those long-standing UFOs, huh?

It looks lovely, Jenn! And I have a confession, in view of my admiration of your seaming efforts, however reluctant:I love knitting. I hate (and am fairly bad at) seaming. There, I said it. I salute you!